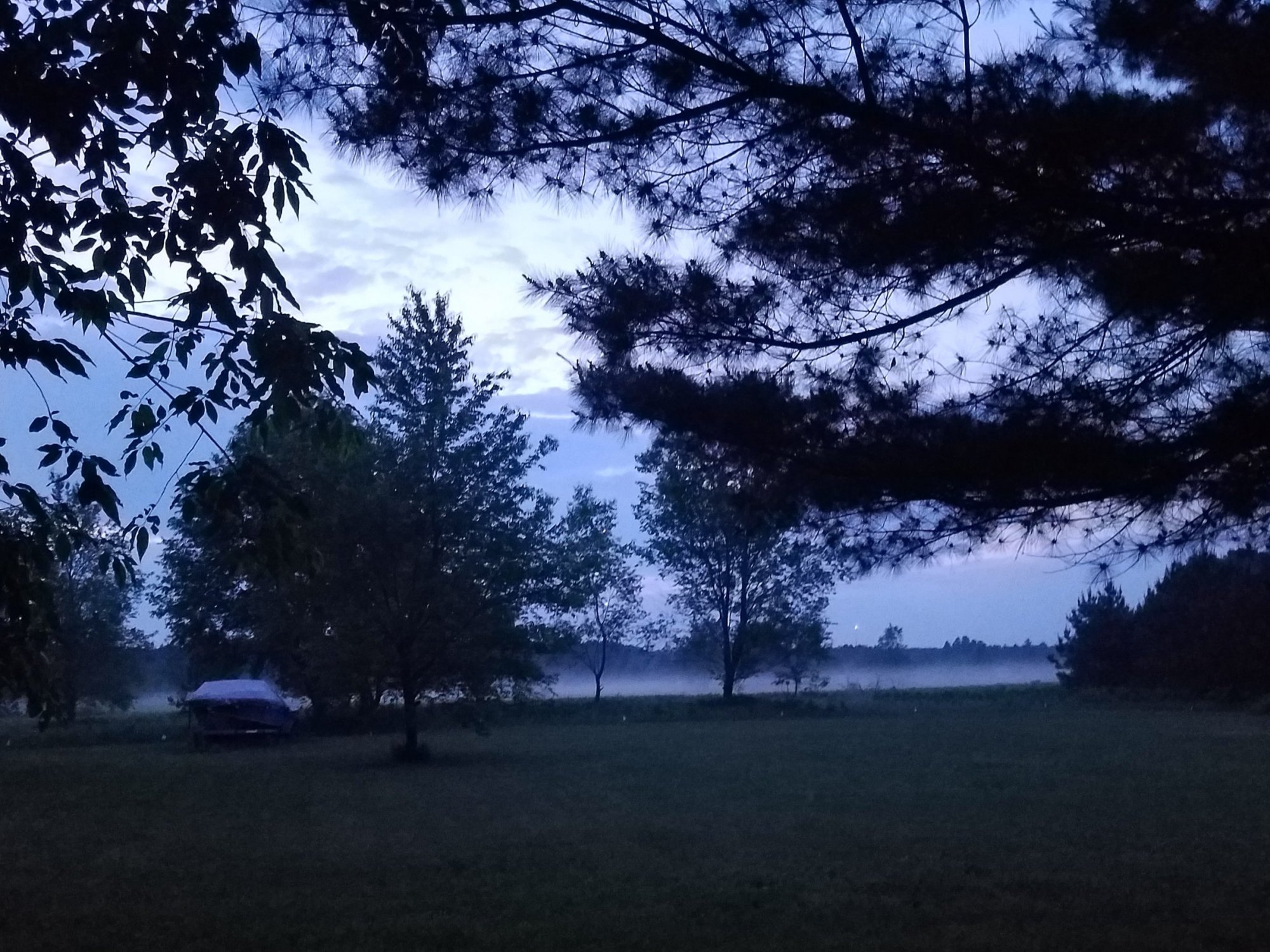 It was a completely normal night in 2001, nothing out of the ordinary at all. I had recently moved into a new home in a gated community in north Phoenix, a 2-story house with 3 bedrooms, 2 baths and a small fenced in backyard. This was a weeknight and I was home all alone, my daughter far across the city at her grandparents’ house. I was watching a movie and had fallen asleep on the couch in the living room when I woke suddenly to the sound of glass shattering. I sat straight up and tried to orient myself and figure out where I was and what was happening. Groggy, I looked out the front window and seeing nothing, headed to the back doors. The house had two sliding glass doors off the dining room/kitchen area that were perpendicular to each other which led to each small section of the backyard. I flipped on the light and discovered that the lone piece of furniture in the yard was broken. The large, rectangular glass deck table had been shattered and tiny pellets of glass were piled high beneath it. This was not a flimsy table, it was heavy duty and meant to withstand being outdoors so the fact that it was so demolished was surprising. What’s more, there was nothing else in the debris that could have been used to break it. No boulders or meteors or small elephants, nothing that could have reasonably been used to smash the glass out of this table.

Like a true scary movie stereotype, I went back to the front door and stepped out of it, looking around for some explanation of what I’d heard and seen. When I saw nothing, I went back inside and called the police to report the incident. An officer came to the house and checked it out and after finding nothing besides what I’d found, told me it was probably just some kids messing around. He patronizingly advised me to lock my doors and go to bed, nothing more to be worried about. It was well after midnight by this time and I was a little spooked to say the least so I grabbed the best weapon I had, a medium sized kitchen knife, and headed upstairs to try and go back to sleep. I laid in bed tossing and turning, acutely aware of every single creak and noise in the house. I tried to convince myself that I was just overreacting and needed to relax and go to sleep, but try as I might I just couldn’t do it.

After about an hour of laying there I thought I heard some rustling sounds, like someone rifling through paperwork or dried leaves. Rolling my eyes at my silliness, I got out of bed and went to the first of two windows that overlooked my backyard. Before I’d tried to go to bed, I had turned on every single light in the house both inside and out so from my viewpoint upstairs I was able to see into all areas of the yard. Seeing nothing but the same broken table, I checked both windows several times and then on my way back to my bedroom, I stopped at the top of the stairs to listen one more time and see if I could still hear that rustling noise. I was holding my breath and straining to hear anything at all, standing there in my boxer shorts and tank top, kitchen knife firmly gripped in my right hand. I was the cliche of every horror movie I’d ever seen. I finally let my breath out and shook my head, internally scolding myself for being so silly and easily frightened. Just as I was about to turn and go back to bed, it started.

Heavy, thunderous pounding on both of the sliding glass doors. It sounded like there were at least two or three people at each door and they were slapping, punching and striking the doors with something hard and heavy. It was so loud, so deafening that I was frozen with terror. What do I do? Who is out there and why are they doing this? As hard as they were pounding on those doors I just knew that they were moments from breaking through and then what? I had two options: I could run down the stairs and turn right, taking me straight out the front door and outside on foot or turn left, taking me through the kitchen and into the garage where my car was. It was the middle of the night and I was barefoot so my quick decision was the obvious choice of the garage, but that meant that I had to run directly past the doors they were pounding on to get there.

I took a deep breath and then I flew down those stairs quicker than a flash. I’m not sure my feet ever touched the steps to be honest. I ran by the doors just as the battering reached it’s crescendo, certain that the glass would crumble and I’d be grabbed at any second. I rounded the kitchen and burst out into the garage and the safety of my car, locking myself inside. I sat there panting, waiting for them to come crashing through that same door after me. But nobody came. I pushed the button to raise the garage door and started my car, watching both the windshield and rear view for any signs of them coming for me. As soon as the garage door cleared my car, I threw it into reverse and peeled out, driving as fast as I could away from that house.

I drove almost an hour across town and knocked on my parents’ door at almost 2am. They were shocked to find me on their doorstep at that hour, especially half dressed and barefoot. I was an absolute wreck and explained what had happened before finally falling into a light, restless sleep on their couch just before dawn. The next morning, they went back to the house with me to investigate. In the light of day, everything looked so tranquil and normal, nothing like the house of horrors the night before. We looked all around the house and nothing was out of the ordinary other than that still broken table outside. Just as my parents were about to assume I was just silly and making it all up, my dad found some significant damage to those sliding glass doors. The screen doors on the outside had large slices and tears in them all over and when we pulled the screens back we found several gouges in the glass doors themselves. Large craters, chunks of glass had been chiseled out of the door by weapons unknown.

To say I was terrified was a vast understatement. I wouldn’t sleep there alone for weeks. To my relief, nothing else ever happened there and to this day I have no idea what it was that took place that night. More than likely it was just a bunch of kids messing with me. But the fact is that someone or something came into my back yard and bashed in that table with incredible force and then after a visit from police, came back and pounded the hell out of my doors. Why, though other than to scare the living daylights out of me? If that was their objective, they accomplished it completely. I remember it all as clear as day, almost twenty years later. Scariest night of my life.

Copyright 2019, all rights reserved. All images taken by me unless otherwise stated.

This site uses Akismet to reduce spam. Learn how your comment data is processed.